She's Not Looking for Happily-Ever-After

I imagine it is August and the open window provides a gust of stinky stale air.

Whatever is happening on the street below is nothing to her — my grandmother, framed in the second story window of a New York City tenement.

She is reading a book, a story she already knows in three languages, but there is always the possibility of something unexpected happening. Perhaps this time the heroine will not fall beneath the train.

Not that she minds a little drama. She's not looking for happily-ever-after, like her younger sister, the one everybody is so worried about, the one who is too friendly with strangers and stays out late at night.

My grandmother doesn’t want to fill her head with the troubles of real people. Isn't it enough she has Anna Karenina to worry about?

She licks her right pointer finger and turns a page.

At that exact moment someone in the street below calls her name —Yettela.

At first she can’t see who it is, the sun is in her eyes, and anyway her eyesight is not so good. They say it’s from reading so much but she knows men who wear spectacles and they never read anything, not even the newspapers.

She squints through the open window and recognizes a tall young man standing on the sidewalk beneath her window.

Joseph, what are you doing here?

I came to America, he calls up. Let me in.

And that is how my grandmother and my grandfather found each other again — though neither of them had been looking.

They were not sweethearts before, only neighbors from the same village in the old country. Yetta's father had been Joseph's Hebrew teacher, nothing more than that.

But on that day, in that place, in that light, something caught Joseph’s eye in an upstairs window and he looked up. And that was that.

He always said he liked a woman with a good mind.

He said he liked a woman who was content with simple things.

Her favorite simple things: a good book and good light.

(And maybe a small dish of vanilla ice cream, for no special occasion, just because it's late in the afternoon and the story is coming to an end.)

There is always a wooden bowl on the kitchen table, filled with bananas, apples, oranges, walnuts. There is a nut cracker in the bowl as well. I never see anyone use the nut cracker or eat a nut, we are not that kind of family. Grandma must have read somewhere that nuts and fruits go well together. Sometimes the bananas remain in the bowl too long and they get soft and stinky.

She smells like books borrowed from the small public library down the block, and inexpensive tablets of writing paper for making lists and writing letters to her sisters. The sisters live nearby in the Bronx, except Anna-from-Elizabeth who lives in Elizabeth, New Jersey. Helen is a five minute walk away and Pauline can be reached with a short bus ride. And also, there is the telephone. But the sisters enjoy writing letters and they all have the same handwriting. Yes, she smells faintly of ink. If I lick her, her skin  will release a sweet glueyness left over from envelope flaps and postage stamps.

She has the softest skin. I can sit beside her and rub that tender flap between her thumb and pointer finger and never get tired of it, and she goes into a little trance herself and doesn't shoo me away. One time she catches me staring at the folds of skin hanging loosely from her upper arms and she gets shy and says "don't look" but then she says okay, I can touch, and it feels like warm buttery velvet.

If I am ever sitting on a chair with my legs spread far apart she will catch my eye and then I remember to put my knees together and cross my legs at the ankles and she doesn't have to say a word, I just know.

This is a story she likes to tell: Long ago there was a famous Russian stage actress who was being interviewed for a newspaper and the rude reporter said "Excuse me —— " (insert name of famous Russian actress here) "but do you know your mouth is open?" And the famous Russian actress said "Of course I do, I opened it." I don't understand why this is such a good story but every time she tells it she laughs long and hard.

She has a wonderful laugh.

When I am reading My Antonia for tenth grade English class she goes to the library and checks out a copy for herself and we read it out loud to each other. She likes Willa Cather but mostly she prefers the writers from her early years: Dostoevsky, Gogol, Chekov, Tolstoy. She recites long passages of Tolstoy in Russian, from memory, and it sounds like she is singing.

We go together to hear Odetta perform in a high school auditorium in another neighborhood where we don't know anybody. She loves the name Odetta, maybe it reminds her of Odessa, a word/place/memory from her past. At the end of every song she claps, and on the bus ride home she says she especially liked how Odetta's voice is low and deep, like a man's voice.

She has a deep voice and strangers on the telephone often call her Sir.

We go to see The Umbrellas of Cherbourg, and another time we see The Pawnbroker. We cry at the end of both movies. We always have at least one handkerchief within easy reach. We are always prepared.

She keeps two large boxes of tissues on the dressing table: a full, new one on top of an empty old one. After she uses a tissue she puts it into the bottom box, to keep everything sanitary, and I think this is a very smart thing to do.

She has a haphazard collection of silver hair clips but she does not call it a collection. Some are ordinary bobby pins and some are more complicated than that. She wants her hair to be "neat and manageable" which is something she heard on a television commercial. There is always a tube of Alberto VO5 on her dressing table. In her later years she gets her hair cut by a barber because it's more convenient than going to a women's beauty parlor, but she doesn't like the style, it's too short, too blunt. "I don't want to fuss," she says, "a woman my age has no business being vain." (I know it bothers her a lot to get such bad haircuts.)

There is a sound, one sound, an important sound: it is the sound of Grandma in the kitchen, chopping. There is a wooden bowl, much like the fruit and nut bowl, but larger and heavier. She uses a sharp blade with a red handle to make gefilte fish, which doesn't taste very good and requires a lot of hard, noisy work with little reward. She is busy chopping, every Friday afternoon, because what is Friday night dinner without homemade gefilte fish on the table?

There is another sound, a softer sound, a more beautiful sound. It's  the sound of Grandma humming, always humming, every minute humming. Her wordless songs, her never-ending prayer to God, though she never says the word God, not even God bless you if I sneeze. Gesundheit, she says, interrupting her humming and then, in the next breath, returning to it again.

so low
the yew tree
after the snow

thoughts of an asymmetrical haircut
tipping my head
to the left

swerving into the
Kosher Foods aisle
Grandma, I am thinking of you

clothesline
a plain white sheet —
my neighbor is lonely

January morning
waiting for you —
peonies

alone
in the snow —
morning crow

dear moon
I think I saw you
shivering tonight

shoveling snow
under the full moon —
my neighbors seem friendlier

going through our changes
you and I
and the moon, too

heron
fishing for the moon
one long cold evening

sweeping snow —
the broom loses strands of straw —
what do I lose?

for 22 years
I never looked up —
when I did
I found you,
dear moon

plastic plant
on the side of the road
yes, it feels the cold

first its shadow
then the crow
swooping low

curious crow
eyeing my grocery bag
I watch you watching me

Flirtatious Moon
there you are
playing footsie with the stars

Veiled Moon
alas — I don't yet understand
the language of eyes

Sneezy Moon
for you, an origami rose
made from a tissue —
Gesundheit!

Snowy Day Moon
so lucky —
nobody expects you to shovel

Carnival Moon
I tried to warn you
about the roller coaster

3 a.m. Moon
you and I
awake, together —
come down and snuggle

March Moon
as your heart opens
the birds return

A friend from the old neighborhood —
I call it "the old country" —
reminds me of what it was like, our childhoods

the connecting walls so thin
you'd hear a stranger sneeze

how safe it felt
how dangerous
anonymous togetherness

the way we avoided eye contact in the elevator
Posted by zee zahava at 2:47 PM 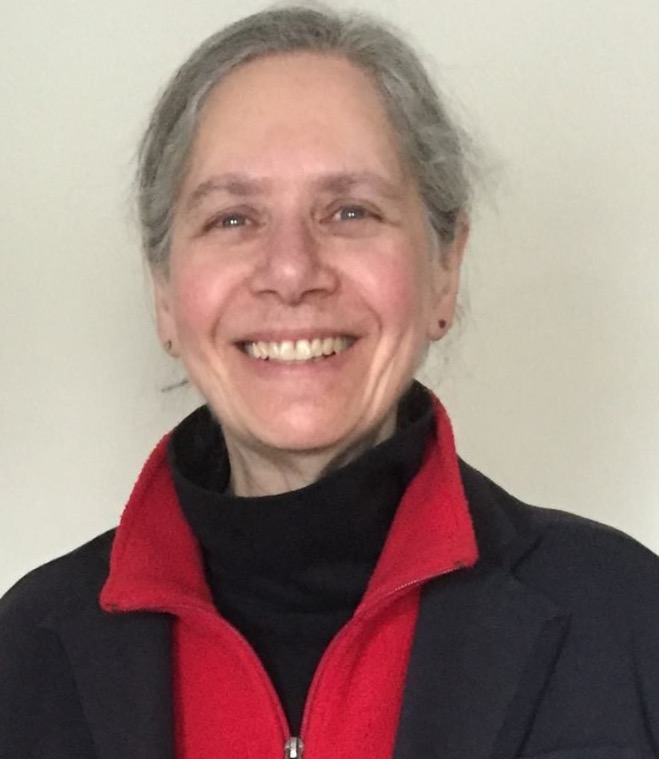 zee zahava
Ithaca, NY
I am the director of the Painted Parrot Writing Studio in downtown Ithaca, New York. For more information about Writing Circles or individual consulting contact me at zee@twcny.rr.com.

You can find out more about me and my work by visiting zeezahava.blogspot.com.